The Christmas Party was held on Tuesday 9th December with a record attendance of 110 members and guests enjoying a most convivial atmosphere. As people entered they were greeted by Barrie Horridge operating the Bunco Booth complete with ‘monopoly’ money which was given for punters to bet with. It proved a very popular item which will be repeated at the 100th Birthday Party on March 11th 2009. 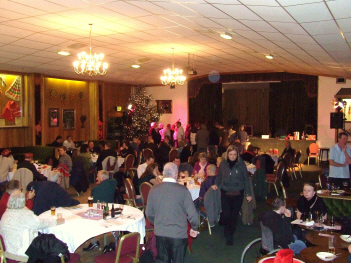 There were games, quizzes, brain teasers, optical illusions and a spoof bingo (thank you to David Charles in his recent North West Dealers Day lecture) all of which whetted the appetite for a hot pot supper. This was of course very welcome on a freezing night.

Principal guest was Paul Guy President of the Modern Mystic League (Blackburn) who proved very helpful in helping to run the evening. He is evidently very experienced in organising events at his own society. 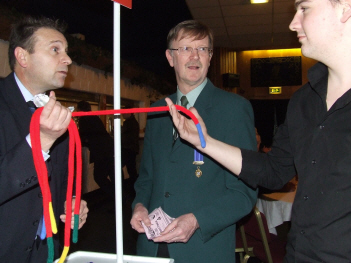 During the night President’s Lady, Vivien sent out a questionnaire titled “Wizard’s Women” seeking a woman’s view on their men folk’s activities. This should make an interesting piece for the future magical press.

The entertainment that followed was in the hands of Venn Tracy (comedian) on a return visit to The Magi because he uses clean, topical and very funny material.

The musical interlude was in the hands of folk duo Me and Our Kid (joined tonight by the brother-in-law on bass!). A very close harmony of voices brought a wide selection of songs, even one about the late and well respected Fred Dibnah. 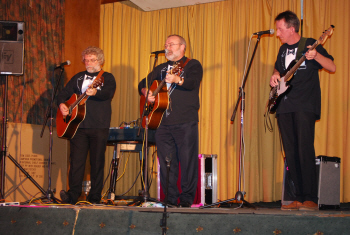 The magical slot came from President Elect Ian & Gerry Ball with a mixture of mind reading, prediction and a well presented routine featuring the Practical Magic skipping rope trick. His finale came in the form of Kate and Edith a monologue with visual magic using jumbo cards. 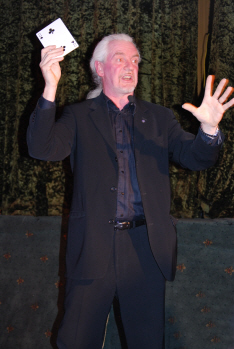 It had been a most enjoyable evening and as people were leaving, council members received many favourable comments about the effort put in. If people enjoy what we are doing that is the only reward we need. 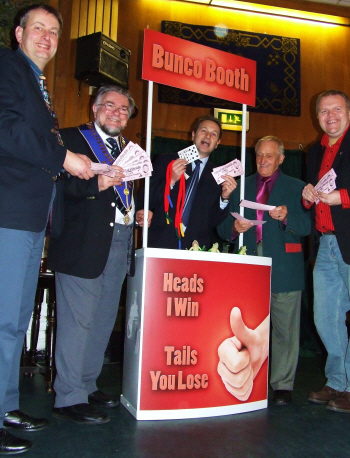