Wow what a lovely evening. Where shall I start? At the beginning of the rainbow I think. We were welcomed into the Irish Centre with an overhead rainbow leading us into the dining hall which looked fantastic. Each table adorned with a golden pot and chocolate coins with cleverly created rainbows reaching upwards with the table number and pretty themed balloons swaying above. My place setting was in the form of a table favour compliments of The President, which turned out to be a very useful pocket calculator. Helen and Peter had printed an impressive placemat with a montage of Oz pictures and a beautiful parchment tasselled menu. I have to admit that I took both items home as a keepsake. Time for a drink and take in the ambience. Helen had put together an attractive power point display which was projected on the stage and whetted our appetites for the evening’s entertainment.

A short drum roll led into Judy Garlands ‘Somewhere over the Rainbow’ segueing into ‘We’re off to see the Wizard’ and the top table were skipped in by ‘Dorothy’ beautifully played by Annabella Horridge, complete with cute Toto in a straw basket. And this magical evening was off to a good start.

Grace was said by the Rev. Major David Gray and there followed a robust and wholesome dinner. I have a hearty appetite which was appeased with this generous meal. Melon followed by a gutsy vegetable soup followed by a fine portion of roast chicken with all the trimmings, apple pie and cream and finally coffee and mints. Thank you to The Irish Centre for such a lovely meal. With a loaded Polaroid camera on each table, everyone was able to have a picture taken and this camera along with the attractive table centre became the prizes in a competition for each table. The winner of the camera must have been very pleased when they received a double packet of film later on in the evening.

As with any society’s annual dinner, speeches are a must. Not always a section one enjoys but this one broke the norm. The President proposed the Loyal Toast after which he took wine with various sections who were the members of The Magi, members of The International Brotherhood of Magicians, members of Equity and finally as a joke “anyone who had had a bath that evening”, which at least gave some guests a chance to have a sip or two! Then it was time for the speeches. To start off Guest of Honour Noreen Kershaw, actress from Life on Mars and a television director of Coronation Street, Emmerdale and Heartbeat gave a splendid speech. She must have a shed load of interesting stories to tell and she did not disappoint.

Peter Moran, The President followed with a fine speech, full of wit and warmth and which received a great response. Then Ian Ball with a unique and funny toast to the Ladies and Guests based on a theme of fornication, secs and nudists. And finally the response by Helen Moran, again an amusing and well constructed speech with an “Ah” factor at the end. All speakers had kept their speeches clever, funny and concise and at no time did I feel my attention swaying. Toastmaster for the evening was Geoffrey Newton, splendidly decked out in red coat and tails and he carried off his duties admirably.

On behalf of The Magi, Peter made a presentation to The Irish Centre which was accepted by Manageress Kellie Fogarty in recognition of the 10 years close relationship between Society and Centre. John Smith who is retiring as Club Secretary received a gift from the Society in respect of all his hard work. Bouquets of flowers were given to Noreen Kershaw and to Helen Moran, Vivien Jackson, Irene Pilkington, Nikki Sharples, June Smith and Claire McCourt, ladies who had worked hard for the society throughout the year. Member of the year trophy went to Chris Stevenson.

Toastmaster Geoffrey Newton auctioned the ‘Wizard of Oz’ Original Double Film cell limited edition. Then followed a raffle with some great prizes, one of which was a colour combi television won by Ian Ball.

After a short break the magical compere for the evening, Chris Stevenson launched the splendid cabaret. Chris entertained us with his magical expertise linking to and from each act.

The show commenced with Steve Dela, Young Magician of the Year who enthralled us with his enchanting stage presence. His performance flowed from one sequence to another with an appropriate musical accompaniment. A variety of objects appearing, disappearing and being transformed into a completely different object. A lovely start to the show. Next up comedy juggler Steve Royle. This was a great section of the cabaret with Steve engaging the audience with his mad capers. The whole room responded with laughter and I can honestly say he brought the house down. A fantastic entertainer.

A wonderful finale with Andrew Green and pretty assistant, entertaining us with his clever blend of state of the art illusions and sheer magic with dynamic choreography and mime accompanied by a fast, spell binding soundtrack. This act was a feast of entertainment with a multitude of different types of magic. Top class entertainment which kept me on the edge of my seat.

Sound engineer was Ian Ball who carried out these duties in a truly professional manner.

A wee bop to The Mel Sherman disco and I went home a very satisfied guest. Thank you to The Order of The Magi for an evening to remember. I must also congratulate Peter and Helen. I know they have worked very hard to make this a splendid magical evening and they deserve to be very proud. Well done.

As always the management and staff of The Irish Centre afforded us excellent facilities and service and The Magi is indeed grateful for their continued help and courtesy. 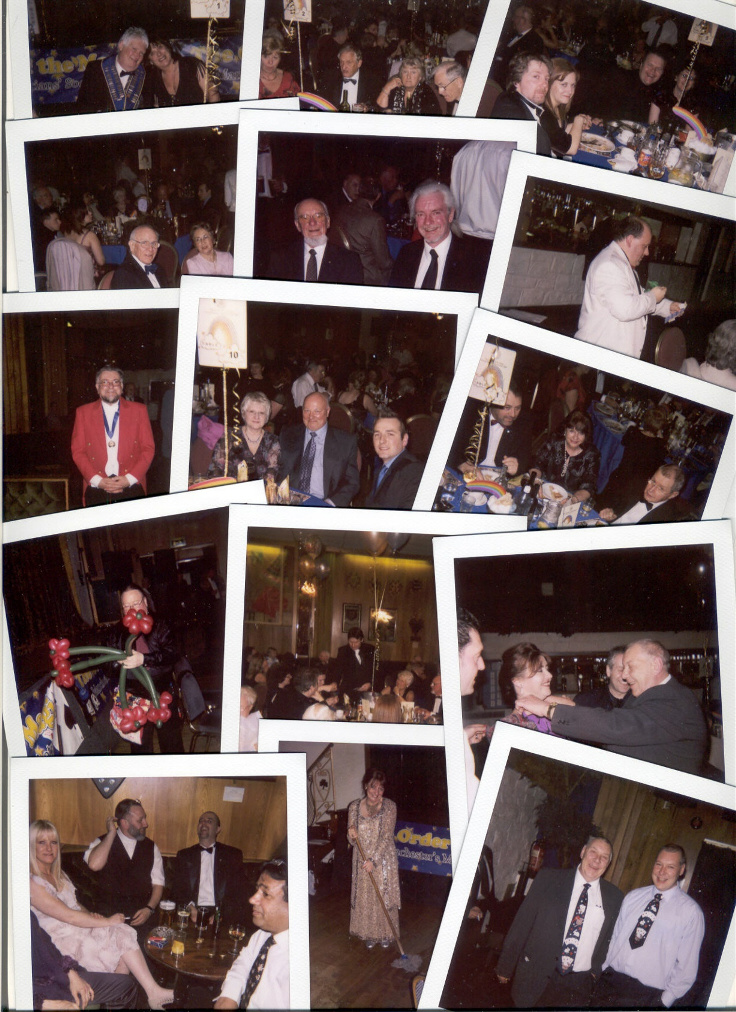